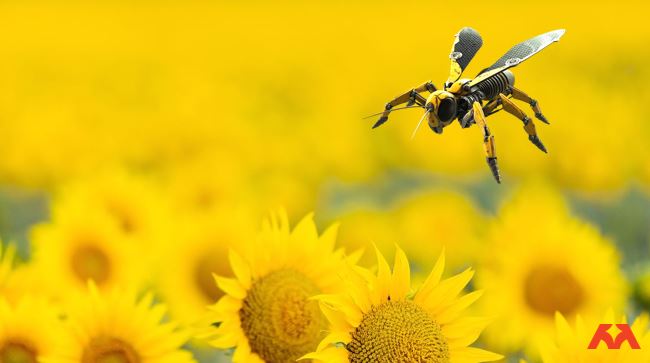 Puratos has found 6.5 million euros for an space project. ‘We are investigating whether we can bake bread on Mars. But with our research we can also make more environmentally friendly bread on earth.’
2019 is a milestone for Puratos. This year, the Belgian company is selling flour, butter, chocolate and other bread and pastry ingredients to small and industrial bakers for the first time for more than 2 billion euros. For the time being, those customers are still on earth, but that will change in the coming decades, the company predicts. “We believe that in a hundred years people will live on Mars. They will eat bread and that is why we want to make it possible to make bread on site,” says Filip Arnaut, the research director of Puratos.ch bread on Mars.

Specifically, the company wants to grow wheat in containers and then make bread from it. Growing in the soil of Mars is impossible. The temperature is too high and there is too much radiation.
Last spring, Puratos announced its plans, but now it has announced that it has raised money for a pilot project. From January, there will be four containers on the Puratos grounds in Groot-Bijgaarden in which researchers are experimenting. The aim is to grow wheat as economically as possible. The wheat on Mars, for example, has to be grown with barely 5 percent of the amount of water needed on Earth. “Since we grow in containers, we can recover used water to re-humidify the crops,” says Arnaut.

Fertilizers also need to be used extra sparingly. “We can’t fly manure over from Earth,” says Horace. “The aim is to reuse waste such as straw and chaff as manure.” Puratos also wants to do something about the inefficient way in which plants absorb fertilizer – nitrogen. “A lot of what farmers spray on their fields flows away. We are investigating whether we can use bacteria to help the crops absorb more nitrogen.’

The findings from the study are also useful on Earth, according to Puratos. Not unimportant, because if humans don’t get to Mars, the research isn’t wasted after all. ‘Everyone wants to produce more sustainably’, says Arnaut. ‘Our project can reduce water consumption and provide an answer to the nitrogen problem.’ This was recently in the news due to massive protests from Dutch farmers. They have to use less nitrogen for environmental reasons.

The first wheat cultivation on a small scale already yielded a harvest last summer. “We are now going to conduct further research into the new containers,” says Arnaut. There are still many inventions on the wish list: chips that register when the crops need water and fertilizers, algorithms that can proactively predict this, ovens that are suitable for baking bread on Mars. “We are also investigating whether we can grow crops other than wheat in our containers. Think of plants that produce oil and protein.’

Of the 6.5 million euros that Puratos collected for the test, 4.5 million comes from the Flemish government. The rest was contributed by Ghent University, the University of Antwerp and the Belgian companies Magics Instruments and Urban Crops. The latter has been growing fruit and vegetables in sheds and containers for years and developed the containers for Puratos.

The chipmaker Magics Instruments will help fertilize plants with robotic bees that it will develop. “We want to fertilize the fruit plants with nanodrones,” says Arnaut. “On Earth, bees fertilize fruit plants, but there are none on Mars. We also cannot use them in our containers because of the colored light we use. Bees cannot see the plants.”

“Partly because of this project, we want to continue to grow,” says Puratos CEO Daniel Malcorps. “This year we are expected to book 2 billion euros in turnover, 6 to 7 percent more than last year. The EBITDA (gross operating profit, ed.) rose by 10 to 11 percent, giving us a profit margin of 11 percent.” The Van Belle and Demanet families, who control 80 percent of Puratos, want it to grow to 5 in the next ten years. billion euros in turnover. “That means at least 7.5 percent growth every year.”

It seems we can't find what you're looking for. Change the selected filters or clear search.

This website uses cookies to improve your experience while you navigate through the website. Out of these, the cookies that are categorized as necessary are stored on your browser as they are essential for the working of basic functionalities of the website. We also use third-party cookies that help us analyze and understand how you use this website. These cookies will be stored in your browser only with your consent. You also have the option to opt-out of these cookies. But opting out of some of these cookies may affect your browsing experience.
Necessary Always Enabled
Necessary cookies are absolutely essential for the website to function properly. These cookies ensure basic functionalities and security features of the website, anonymously.
Functional
Functional cookies help to perform certain functionalities like sharing the content of the website on social media platforms, collect feedbacks, and other third-party features.
Performance
Performance cookies are used to understand and analyze the key performance indexes of the website which helps in delivering a better user experience for the visitors.
Analytics
Analytical cookies are used to understand how visitors interact with the website. These cookies help provide information on metrics the number of visitors, bounce rate, traffic source, etc.
Advertisement
Advertisement cookies are used to provide visitors with relevant ads and marketing campaigns. These cookies track visitors across websites and collect information to provide customized ads.
Others
Other uncategorized cookies are those that are being analyzed and have not been classified into a category as yet.
SAVE & ACCEPT